Philip Roth died in May this year, and that news made me realise that I had not read any of his books.  I’m not sure why, but there was something almost intimidating about his work: books with intimidating covers on the shelf and titles like American Pastoral and The Human Stain.  The themes that he appeared to touch upon seemed familiar but also alien to me: the experience of being American, being Jewish.  However, I thought that I would give one of his books a try, and it was perhaps his most well-known  (and controversial) novel, Portnoy’s Complaint, that I chose.  Portnoy’s Complaint is a monologue, delivered by the title character, Alexander Portnoy, a Jewish American who is talking to a doctor (possibly a psychiatrist) and telling the story of his life: a life that has been dominated by sex, guilt, and Jewishness.

END_OF_DOCUMENT_TOKEN_TO_BE_REPLACED 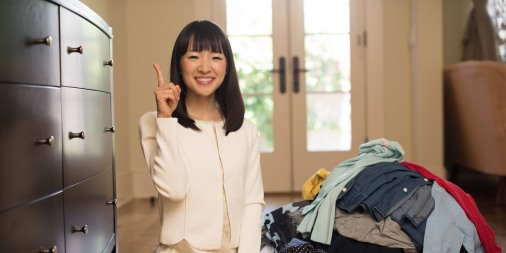 I actually got this book by mistake, thinking that I was ordering Marie Kondo’s The Life-Changing Magic of Tidying (2011), the original book that introduced the world to Kondo’s ‘KonMari’ method for tidying.  When Spark Joy arrived, I realised that this was in fact a companion book with illustrations, but as it seemed to still be discussing the method and means of tidying I continued and read this one first.  I have always been interested in minimalism as way of living, although I have been inept at actually applying it to my own life, and, while Kondo does not advocate minimalism necessarily, she puts forward a method which will in many cases result in fewer possessions – and, more importantly, the possessions that are left will be ones that you actually enjoy having.  As the title of this book suggests, a fundamental idea of Kondo’s method is asking whether each of your possessions sparks joy for you.  Some people find the whole idea a little kooky, but reading this book really has changed the way that I view buying and owning things.

END_OF_DOCUMENT_TOKEN_TO_BE_REPLACED 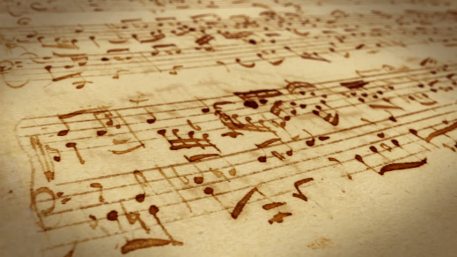 Outside of a couple of the more famous Talking Heads songs (‘Once in a Lifetime,’ ‘Psycho Killer’), I can’t remember ever hearing any David Byrne music.  It’s not because I don’t think that I would like it.  He’s just a musician that, for one reason or another, I haven’t listened to (yet).  So it wasn’t necessarily an interest in Byrne that led me to his book, How Music Works, but an interest in music and the music industry, and what a prominent insider might say about it.  While the book is part-biography, it is focused on music (we learn almost nothing about Byrne’s personal life).  As one would imagine from the title of the book, Byrne examines how music works: instruments, hearing music, performance venues, ways of recording, business practices and much more.  Byrne traces how some things have changed while others have stayed the same, and the breadth and depth of his musical knowledge makes him a fantastic guide.  How Music Works is more than a musician’s autobiography: it is a biography of music and the music industry, and is therefore essential reading for anyone with an interest in music of all kinds.

END_OF_DOCUMENT_TOKEN_TO_BE_REPLACED

With The Eumenides, we reach the end of the Oresteia trilogy.  The only extant trilogy from Ancient Greek has brought family conflict, death, psychological battles and it all ends in (to my knowledge) the first trial by jury in Western literature.  I have read the Fagles translation of all three parts, and it feels like being led through this story by a sure hand.  One of the major themes of the Oresteia is justice.  In Agamemnon we see Clytemnestra kill her husband, Agamemnon.  In The Libation Bearers, Agamemnon’s son, Orestes, returns to avenge his father, and kills his mother.  He leaves the stage pursues by the Furies, and this is where we start The Eumenides.

END_OF_DOCUMENT_TOKEN_TO_BE_REPLACED

In The Libation Bearers, the second part of Aeschylus’s Oresteia, we get to the ‘meat and potatoes’ of the story, after Agamemnon.  This is the section of the myth that we have seen before in this blog, in plays by Sophocles and Euripides.  Both of those plays were called Electra, and, naturally, focused on the daughter of Agamemnon.  Aeschylus’s trilogy is named after Orestes, and, while Electra of course plays a prominent role, our attention is set on Orestes and we see the story through his eyes.  Many years after the death of Agamemnon at the hands of Clytemnestra, his wife, Orestes returns to avenge his father’s death.  We know that Orestes succeeds, and Clytemnestra (and Aegisthus, her lover) do not make it out alive, but the interest is the psychological battle that goes on in Orestes’s mind: can he avenge his father if that means murdering his mother?

END_OF_DOCUMENT_TOKEN_TO_BE_REPLACED

Hippolytus was premiered by Euripides in 428 B.C. and won first prize (as part of a trilogy) at that year’s City Dionysia festival.  The title character is the illegitimate son of Theseus, king of Athens.  In the play, Aphrodite, feeling scored by Hippolytus, forcefully places thoughts in the mind of Phaedra, Theseus’s wife and Hippolytus’s step-mother.  Like an arrow of cupid, Phaedra is caused to lust (unwillingly) after Hippolytus.  After many scenes of misunderstanding and distress, the family is left torn apart, and, as ever with a Greek tragedy, many of the characters don’t make it out alive.

END_OF_DOCUMENT_TOKEN_TO_BE_REPLACED

The Children of Heracles (also commonly translated as Heracleidae) was premiered in 430 B.C. and draws on the theme of suppliants.  Heracles has died, and Eurystheus, the king who set the labours, wants to kill Heracles’s children to prevent them from taking revenge on him when they come of age.  In the guardianship of Iolaus, Heracles’s ageing nephew, the children flee and find themselves in Athens.  Should Athens protect these refugees, and how far should their generosity go?  We have seen before (in plays such as Aeschylus’s The Suppliants and Sophocles’s Oedipus at Kolonos) the importance for a city to shelter suppliants, who are seen as protected by the gods.  The Children of Heracles also follows plays that show the acceptance and inclusivity of Athens, who welcome strangers with open arms where other turn them away.  However, this hospitality does have its limits, as explored in the play.

END_OF_DOCUMENT_TOKEN_TO_BE_REPLACED

Alcestis is perhaps the earliest extant work that we have from Euripides, although he had been writing plays for many years before this was premiered (in 438 B.C.).  Although often called a tragedy, some label it as a ‘problem play’ as it has a lighthearted ‘fairytale’ ending where the dead Alcestis is brought back to life.  John David, in the introduction to the play in this volume, draws a comparison with Shakespeare’s The Winter’s Tale, when Hermione, wife of Leontes who died earlier in the story, returns as a statue that then comes to life.  Despite this happy ending, Alcestis deals with key moral questions of death and family responsibility, and also themes of mourning and xenia.  We saw the Greek concept of xenia (hospitality) in Homer, especially the Odyssey, and this is a key thread through Euripides’s telling of the myth of Alcestis.

END_OF_DOCUMENT_TOKEN_TO_BE_REPLACED

Mark Kurlansky’s excellent book on Havava (subtitled ‘A Subtropical Delirium’) reads very much like how I would expect Havana to feel: diverse, colourful, funny and full of interesting diversions.  It’s a history book, a travel book, and, at times, a recipe book, and, while it at times doesn’t go into the detail on certain subjects that I would have liked, it is a great introduction book for someone (like me) whose knowledge of Havana could have been written on the side of a matchstick.  From Christopher Colombus’s arrival in 1492 to the present day, Kurlansky takes us on a journey into Havana’s past, and along the way considers the music, speech, and food, that gives Havana its sound and smell.

END_OF_DOCUMENT_TOKEN_TO_BE_REPLACED

Of the extant ancient Greek tragedies, there is only one trilogy: Aeschylus’s Oresteia.  It technically isn’t whole as the accompanying satyr play has been lost.  The satyr was a more lighthearted play to be presented after the trilogy exploring similar themes.  However, the main body of the work survives in the three plays, and Agamemnon is the first part of the story.  The trilogy is named after Orestes, Agamemnon’s son, although he does not appear in this first part.  Readers or viewers who are familiar with the myth of Troy and Agamemnon specifically know that he was one of the most fearsome warriors on the Greek side during the Trojan War.  Following these tales, it remains a shock for Agamemnon to be murdered by his wife in the middle of Agamemnon.  One of the lead characters of the Trojan War suddenly becomes a bit-part in the story of his wife, Clytemnestra.

END_OF_DOCUMENT_TOKEN_TO_BE_REPLACED

A blog for posts about books, art, music, and culture.  Thoughts, reviews, reactions.

It has a particular emphasis on (but is not exclusively about) the ‘Western Canon.’  Please go to the relevant pages for more information.

Jeffrey Moore is the editor and writer of Western Canon Review